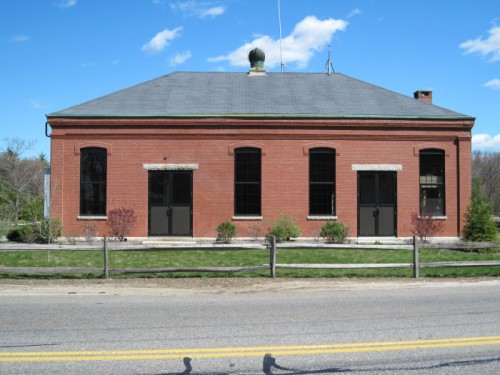 In 1881, a Corporation was formed for the purpose of introducing water into the Town of Milford. Explicit records as to the extent of the plant at that time were not kept, but is believed that the Water Works then comprised

a Reservoir with a Dam 22 feet in height and some 80 acres of land; a receiving basin formed by a low dam at Wildcat Deer Brook; a small diverting dam at Dilla Street; one collecting well; a number of driven wells; a pump station with one pump (1.5 MGD); a distribution pipe system aggregating in length of about 10.5 miles; and about 80 hydrants and 325 services; and a house for the Engineer.

Extensions and betterments of the plant were made from time to time. In 1902 Echo Lake dam was raised 10 feet increasing the storage capacity from 103,000,000 gallons to 384,000,000 gallons. Two covered sand filters were built and a new 3 MG high duty pump installed.

Further extensions of pipes were made from year to year, and in 1911 an important pipe extension of 2.4 miles was made under order of the Massachusetts State Board of Health to North Milford ending in a covered steel standpipe having a capacity of 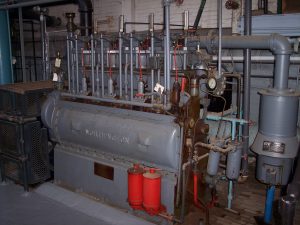 100,000 gallons. In 1914, a lime plant was installed at the Pump Station, providing for the addition of lime to neutralize the water.

The general scheme of the Water Supply in the early 1900’s was that water was stored in Echo Lake; it flowed through the Charles River to the basin at Wildcat Deer Brook Dam; then to the receiving basin at Dilla Street where it was drawn through filters and then pumped through two 14” lines to the residents of Milford and then through two lines one 8” and one 12” to Hopedale. There was no elevated storage at that time.

There have been major additions over the years as follows:

Also back in the late 1970’s or early 1980’s, the Company installed approximately three miles of 24” pipe from Echo Lake to the pumping station. This pipe has a dual purpose to bring water to the plant and the ability to pump back for storage.